Noel Kempff Mercado National Park includes a large section of the Huanchaca Plateau and surrounding lowlands. The plateau is 150 km long and 50 km wide, and covers a total area of 6.800 square kilometers. The largest river in the area is the Iténez River which marks the border with Brazil, to the north of the park. It meets with the Mamoré River which, at the same time, meets with the Madera River, one of the main tributaries of the Amazon River. The park is part of the drainage system of the Iténez River Basin which includes the sub-basins of the Verde, Paucerna and Paraguá rivers. The Verde and Paucerna rivers have their origins on the plateau and their watercourses form beautiful falls such as the Fawcett, Federico Ahlfeld and Arco Iris. The Paraguá River dominates the lowlands to the west. This river flows into the Iténez and in the rainy season it overflows large extensions of flooded forests and savannah wetlands. To the west of the plateau, and in the lowlands, there are three great fields that become flooded at varying levels during the rainy season, and several lagoons of different size.

For visitors, there are 2 entrances with tourism facilities: Flor de Oro on the North side and Los Fierros on the South side.

The story says that hundreds of years ago, a group of natives called Guarasug´we -originally from Paraguay- populated these Bolivian lands. On the north side of the Noel Kempff Mercado Park, several stones are found that show human facial characteristics, but have not been rigorously studied (yet)

With an altitudinal range of 200 m to nearly 1,000 m, Noel Kempff is a site of a rich mosaic of habitat types including evergreen amazon rainforests, palm forests, cerrado, swamps, savannahs, gallery forests, and semi-deciduous dry forests. The cerrado habitats found on the Caparú Meseta have been isolated for millions of years providing an ideal living laboratory for the study of the evolution of these ecosystems. An estimated 4,000 species of flora as well as over 621 bird species (21% of the total for South America), 74 species of reptiles, 62 species of amphibians and fish, 347 species of insects and viable populations of many globally endangered or threatened species live in Park Noel Kempff Mercado.

Park Noel Kempff Mercado is blessed with such convergence of different biogeographic characteristics that it houses a diverse array of plants and animals, which in some cases are unique to Bolivia and due to the isolation of the Caparú Plateau some are still waiting to be discovered!!

The frequent sighting of large mammals during hikes into the park’s savannas and forests or while traveling along the extensive river and lagoon systems indicates the incredibly rich fauna. For botanists and plant lovers a trip to Noel Kempff will surely satisfy their interest.

The Caparú plateau (980m), discovered by the English adventurer Percy Fawcet and later inspired Sir Arthur Conan Doyle to write his famous novel ¨The lost world¨, is an imposing and isolated table mountain of Precambrian origin (over a billion years ago), formed by sandy rocks and cuarcits and laced by crystal clear creeks and numerous waterfalls on a landscape characterized by open grasslands and forest islands.

How to get to this spectacular Park?

We offer different kind of programs for visiting both the North and the South side of Noel Kempff. All tours start from Santa Cruz and will take you by plane or over land to:

Please read a letter of acknowledgement we received from the administration of Noel Kempff Mercado N.P. 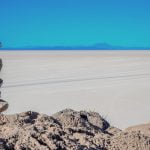 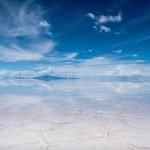