The Uyuni salt flats Tayka tour is a safe and comfortable 3 day tour to the Salar de Uyuni and lagoons in Bolivia. We use the best hotels in the area (Tayka hotels or similar category salt hotels such as Luna Salada hotel or Palacio de Sal hotel) and very comfortable private transport (the cars we generally use are fully equipped Toyota Land Cruisers, Nissan Patrols and Lexus with first aid kit, oxygen tube and satellite phone on board).

The beautiful Uyuni salt flats (or Salar de Uyuni) is with its 10.582 square km (4.085 square miles) the world’s largest salt flat. It is located in the Department of Potosi in Southwest Bolivia, near the crest of the Andes, at 3.650 meters above sea level.

Some 40.000 years ago, the area was part of Lake Minchin, a giant prehistoric lake. When the lake dried up, it left behind two modern lakes, Poopó and Uru Uru, and two major salt deserts: Salar de Coipasa and the larger Salar de Uyuni.  The Uyuni Salt Flats are roughly 25 times the size of Bonneville Salt Flats in the United States.

Every November, the Uyuni salt flats also becomes the breeding grounds for three species of South American flamingos – the Chilean, James and Andean flamingo. La Isla del Pescado (Fish Island), which is located on the salt flat, is full of giant cactuses and named this way as the ´island´ has the shape of a fish. It is the only sign of life for miles.

Laguna Verde, Laguna Colorada and the hot springs can also be visited during the Uyuni Salt Flats tour when entering the National Reserve Eduardo Avaroa. Laguna Verde (Green Lagoon) is a beautiful green colored lake close to the Chilean border at the foot of the Licancabur volcano. Its color is caused by sediments, containing copper minerals. It is located approx. 4.300 meters (14.000 ft) above sea level. Laguna Colorada is a red colored lake, also because of the presence of minerals. The lagoons together with the flamingos create a very unique scene of spectacular beauty!

Salar de Uyuni is estimated to contain 10 billion tons of salt of which less than 25.000 tons is extracted annually.

This reference program for the Uyuni salt flats tour is based on a private tour with “Tayka” hotels. These hotels are considered to be the better hotels in the Uyuni region, but are by no means luxury. One of them is the Tayka salt hotel (we also use the salt hotels: Luna Salada and Palacio de Sal), another Tayka hotel is made out of stones (Tayka de Piedra) and there is the Tayka Desert Hotel located at approx 40 minutes drive from the Laguna Colorada.

Day 1 (L, D)
We will pick you up from the hotel around 10.00 AM. During the 3 days / 2 nights trip you will have an unforgettable trip across 12 000 km2 of beautiful salt landscape. Do you have your camera ready? The amazing white coat of the Uyuni Salt Flats or Salar de Uyuni looks like a huge glacier.

You will enjoy the impressive landscape from the top of the Incahuasi island located in the middle of the salt flats. From this point you can enjoy an amazing 360 º view of the Salar.

Overnight stay in the Tayka Salt Hotel (3.696 meters above sea level) with a private bathroom, hot water and heating. (During the rainy season or on request we use another salt hotel – Palacio de Sal or Luna Salada).

Day 2 (B, L, D)
Today you will cross the Uyuni salt flats from north to south and you will visit the Fish (Pescado) Island (isla).

Afterwards you will visit the Necropolis in San Juan del Rosario.

In the afternoon, you will continue towards the lagoons of Cañapa, Hedionda, Chiarkota, Honda and Ramaditas, where you will be able to spot the three different species of flamingos and other  birds such as Andean seagulls and wild ducks. These birds live close to the lagoons, surrounded by volcanoes with their eternal snowtops mixed with landscapes full of green and other magic colors due the the presence of borax and sulphur.

After you pass the last lagoon, you will enter a huge desert area with no roads. These fantastic deserts gather many different colors from brown, red, orange, brass and beige which are successively shown at every curve of the trip. You will spend the night in the Tayka Desert Hotel (4.523 meters above sea level), with private bathroom, hot water and heating.

Day 3 (B, L)
Early this morning you will get ready to enter the Eduardo Avaroa National Reserve. You will visit the Stone Tree and with some luck you will be able to spot vizcachas (wild desert rabbits).
You will arrive to the Geysers of Sol de Mañana during the most active moment of the day and with the first ray of lights. This is the highest point of the tour (5000 meters above the sea level). It can be very cold here. You will be able to walk among the smoky and noisy geysers, boiling mud stewpot where red and grey mud is boiling like water.

The desert and Salar of Chalviri offer a landscape which combine the white of the snow with the red brown of the desert and the blue of the water. Here you will have the opportunity to swim in the Hot Springs of Polques and right after that to enjoy a delicious open air breakfast.

You will continue your trip to the ‘Valle de las Damas’, a new breathtaking view with rock formations with interesting shapes and colors. Afterwards you will drive to the beautiful Laguna Verde (Green Lagoon) at the feet of the Licancabur volcano.

The next stop will be Laguna Colorada (red colored lagoon). This lagoon is the main nesting centre of the three different species of flamingos. The color of the water is produced by the presence of algae and plankton activated by the sunlight and the wind.

On the way back to Uyuni, you will stop at San Cristóbal, a village which has been moved from its original location to the actual one (even the church!) for the needs of one the biggest mines in the world.

You will say goodbye to the llamas and vicuñas before arriving in Uyuni.

IMPORTANT! Due to weather and road conditions the routes and hotel reservations can sometimes be changed without notice. This is the reason why the itinerary is only for reference, and is not to be taken as an exact itinerary of what this tour implies. Rain, snow, ice and strong winds for example can cause some parts of the route to temporarily become impassable and may oblige us to make changes in the itinerary. But take notice that if we have to make changes it is for your own safety. The surroundings of Uyuni are one of most isolated areas in the world.

Rainy season: the rainy season is roughly from January to April (subject to change). During this period parts of the Salar may be covered with water. This means that even though it will still be possible to do the trip and to visit the Salar with its beautiful lagoons, as well as the highlights of the trip, the water on the Salar may prevent us from being able to cross it for several hours like you would do during the dry season. You will therefore not be able to get to Isla Incahuasi / Fish Island. Also the Tayka Salt Hotel in Tahua can often not be reached during the rainy season and we will therefore either use the salt hotel like Luna Salada, Palacio de Sal instead. When the Salar is covered with a little bit of water it also becomes one big mirror which is a beautiful setting for pictures. Many photographers even specifically visit the Salar during this rainy season in order to capture beautiful pictures. With too much water however the mirror-effect is gone. Needless to say we cannot predict whether or not it will rain before or during your trip, it’s up to Mother Nature.

Tour does not include:

Do not forget to bring the following items:

The are of the Uyuni salt flats can be cold, windy and with high solar radiation. During the day it is generally sunny and the weather is pleasant but at night it can get cold. Our recommendations on what to bring with you:

Note: Don’t forget to bring a copy of your passport.

Please contact us in advance so we have time to check availability.

Read what our clients say about their trip to the Uyuni Salt Flats!

Check our pages about:

Looking for a honeymoon trip in salar de Uyuni? We can tailor it to your wishes! Contact us for more information. 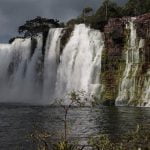 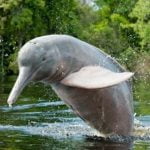