Singani is a 500 year old Bolivian spirit distilled only high in the Andes from Muscat of Alexandria grapes, which must be planted at a minimum of 5250 feet (1600 meters), when the grapes are matured at a high altitude, their skins thickened, creating a marvelously unique flavor during the distillation process. Of all the grape varieties shipped to the new world by Spanish immigrants, the variety Muscat of Alexandria was most prized for its intense aroma.

Singani is a national symbol of Bolivia. It was introduced to the rest of the world by Hollywood filmmaker and Academy Award-winning director Steven Soderbergh (“Erin Brockovich” and the “Ocean’s” trilogy) with his exclusive brand: Singani 63 in partnership with Casa Real in Tarija, Bolivia. Other major brand distillers in Tarija are Rujero and Los Parrales. In the 1600s Bolivia’s Tarija region became a supplier of fruit to the singani industry. By the 20th century Tarija had become the dominant supplier, and wine and singani manufacturers began to consolidate their business there. Many Bolivian producers tier their brands with colors, black, red, blue, to reach different markets, similar to the way whisky producers do. 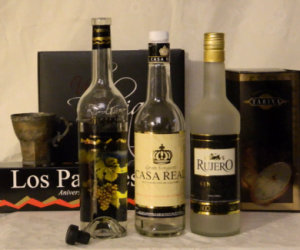 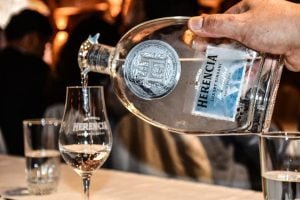 This spirit is the main ingredient of a variety of cocktails and many traditional Bolivian drinks such as Chuflay, Poncho Negro and Yungueñito to name a few.

Director Steven Soderbergh on: why you should be drinking singani. Soderbergh, usually a vodka-rocks guy, started drinking singani during shooting of his movie “Che” (Che Guevara tour) and since the first sip he was smitten.

“My Casting director on Che gave me a bottle to celebrate the start of filming. I said “well, let’s open it up!”…and then spent the next 6 months drinking it.” – Steven Soderbergh.

The Washington Post called it the absolutely delicious Bolivian spirit all drinkers need to know.

Check out this singani tasting. Cheers!